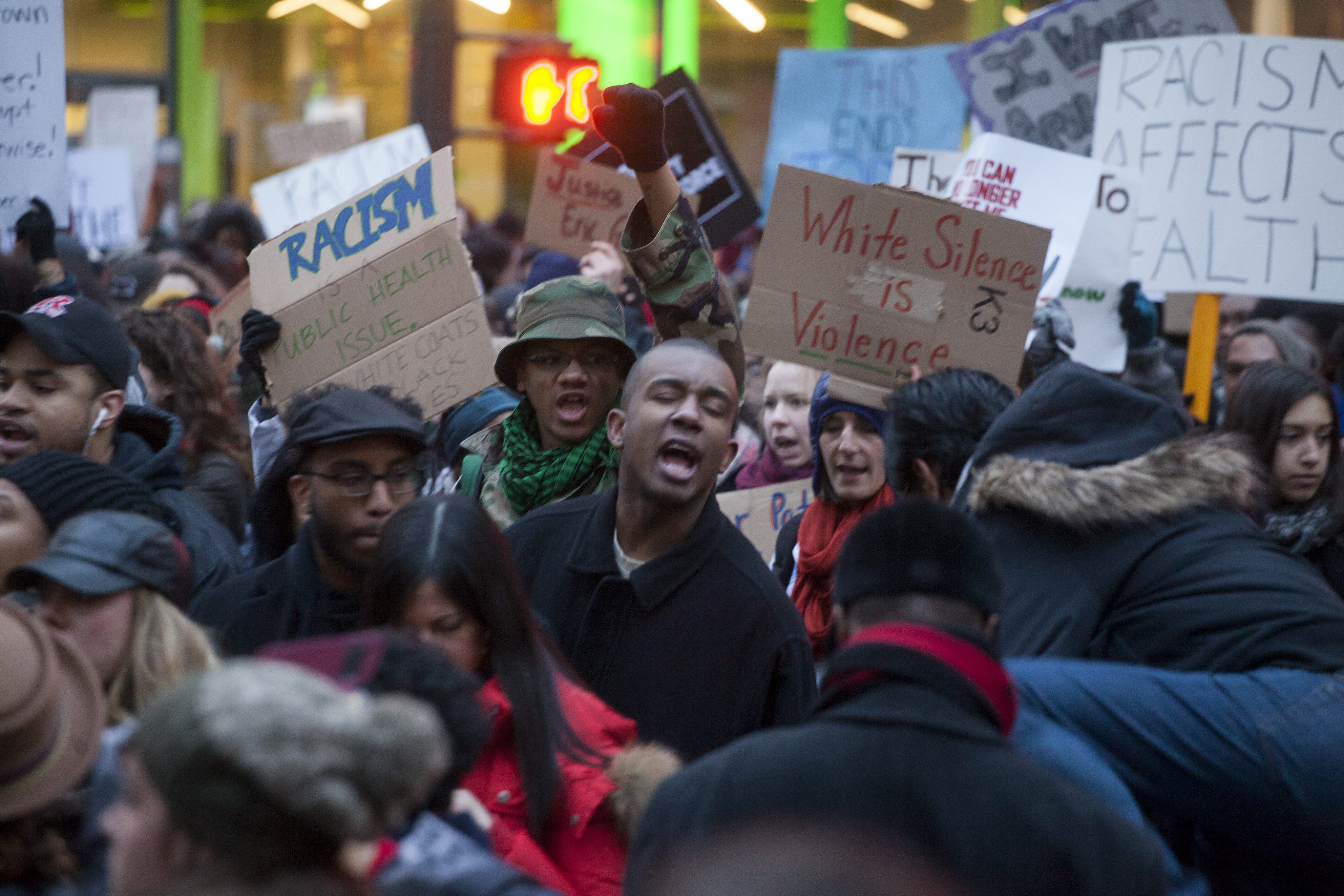 epa04528489 Protesters march on West 32nd Street against the decision of a grand jury not to indict a police officer involved in the death of Eric Garner, in New York, USA, 13 December 2014. A grand jury decided not to indict a New York City police officer, months after an unarmed African American died in July when the officer put him in a chokehold to restrain him, local media reported 03 December. The decision came less than two weeks after a grand jury did not indict a white police officer for shooting and killing an unarmed black teenager in Ferguson, Missouri, in August. EPA/MICHAEL NAGLE