The former secretary of external relations of the Independence Path, Cemre Ipciler, gave a speech on 13th May, in Nicosia buffer zone, in a bicommunal event:

Today, I will be addressing you on behalf of Independence Path (Δρόμος Ανεξαρτησίας) about a subject that is frequently linked to the Cyprus issue, from a perspective that is not mentioned as often.

When we talk about the Cyprus issue, one of the main topics that is thought as a problem to be addressed is the purported “settlers”. I will be looking into this topic from a labour and class viewpoint and link it to peace and the fraternity of the peoples in Cyprus.

As it is known, population transfers from Turkey have been systematically taking place since 1974. Turkish hegemons are clearly aiming to assimilate Turkish Cypriots and deprive them of their political will by these population transfers. Due to this situation, the existence of people from Turkey is different from ordinary migration.

On the other hand, people from Turkey make up almost half of the working class in the north of the island, they are working the hardest, most dangerous jobs where exploitation is at highest levels and it is them again who fall victim to the occupational murders. From this perspective it is obvious that our relationship do not fit into an ordinary model of one between conquerors and the conquered.

Due to these differences discussed above, we cannot approach these labourers like a basic case of immigration nor can we look at it like settlers moving over from an invading country.

It is a well known fact that Turkish workers are forced to live and work in unpleasant conditions and that these conditions are manipulated especially during electoral periods. However the idea that they are mere masses who are easily controlled and directed by the Turkish authorities and their local collaborators has been shaken recently.

As many of you may already know, during the Turkish constitutional referendum in April, Turkish citizens were also able to vote in Cyprus. Erdogan’s “yes” campaign invaded all our public spaces, local collaborators have attended the “yes” campaign rallies and assigned public schools to the use of another country to set up ballot boxes, and did all they could to increase the electoral turnouts and yes votes. Despite all this, the turnout was much lower than European countries even though these countries are not under invasion and the same practices couldn’t take place. Referendum results shows that only 41% of Turkish people living in Cyprus are interested even about this critical issue for Turkey. In 2016 general elections, the turnout rate was left at 34% and the Turkish Ambassador in Cyprus had stated that he would work harder to increase the turnout rates in future. The low turnouts from previous elections and from the referendum held in April show that the hypothesis, stating people from Turkey are the agents of the Turkish Republic, they are seeking to carry Turkey’s agenda and impose Turkish politics to Cyprus, is totally unfounded. 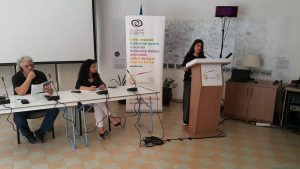 In addition to this, the Turkish immigrants have been actively supporting the Turkish Cypriot left in the streets, make up an important fraction of the trade unions, and at least half of the crowd during 1st of May demonstrations. Especially the second generation migrants who embraced the Turkish Cypriot culture strongly, support the opposition towards the assimilation policies of Turkey.They also provided a visible support in the recent “Reddediyoruz!”* movement and their contribution in critical campaigns like “unionisation in the private sector” and against the “goc yasasi”* cannot be taken lightly. In short, asl long as they are not pushed away with xenophobia they are actively taking part in every labour struggle, embrace the struggle of unity and peace and hold on to the island. It is important to emphasize that all these are happening despite a common exclusionist attitude and in the absence of a leadership who would support the Turkish migrants with a class perspective…

Lack of social security, weakening minimum living wage, neoliberal policies in education, health and transport affects these people at least as much as Turkish Cypriot workers. We share the same troubles and agenda so why not share the same struggle? The only thing standing against this is the prejudices which do not have anything to do with the class perception.

None of the struggles can have a long life span if the presence of the half of the labour class living on this land is denied or ignored. And we are not just talking about economical rights struggles… Today, the political sides which put strong emphasis upon federalism, a likely referendum, negotiations and a so-called solution are either silent about the issue of migrants or involved in a practice what we call as “Cypriot nationalism” which basically shares strong similarities with the anti-immigration approach in Europe. So a lot of questions arise: What does the solution to Cyprus issue mean to you? If it is peace, whose peace is this if not peoples’? Can people make up a community when half of its working class is excluded? Today on my way to the buffer zone, could I choose to leave half of my body in the north? We think that, excluding the migrants in our struggle for peace contradicts with reality itself.

So, what needs to be done?

The rulers in Turkey and their local collaborators have been trying to convince people that in case of a peace and reunification in Cyprus, the immigrants from Turkey would be sent back. They have been exploiting this fear successfully for years. This concept is used to scare those who have moved into the island after 1974 so that they stay away from the peace and reunification struggle and more over, stand against it out of fear. Sadly, both Turkish Cypriot left and the Greek Cypriot left have been contributing to their fears with their attitude and statements.

It has been the biggest mistake of the ones who consider themselves as the supporters of peace to dampen the migrants issue in means of the Cyprus problem to a question of “who will stay and who will go”. But, Cypriots have no conflict of interest with workers who see their future here. A left wing losing its class perspective towards this issue means a left wing that lost its class perspective as a whole. The truth is there is no conflict between people from Turkey and Cypriots, the conflict is between oppressor and oppressed. And the struggle for peace in these lands should be taken forward accordingly. 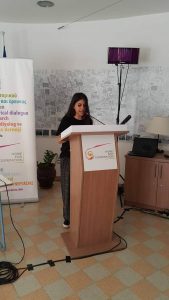 On this issue, the manifesto of Independence Path states as follows:

“(…) Population transfers from Turkey started after 1974 to alter the demographic structure of the north of Cyprus.(…) Considered to the other examples on earth, there is no reason to accept this kind of a massive migration. In all means, this is a political/military strategy of an invader state who wants to empower its position on the occupied lands.

However, it is not a revolutionist act to take a stand towards this issue only by looking at the situation mentioned above. This is one of the common mistakes made by the ones who consider themselves on the left.(…)

Unfortunately, most of the leftist organisations in the north do not analyse the reality and instead of fighting the system itself, they tend to burden, the people who came to the island to earn their living, with responsibility and accuse them of the current situation.

This perspective shows similarities with the far right in many of European countries today who blame immigrants for the economic crisis and increasing unemployment rates. The mentality which finds the immigrants guilty with capitalism’s own crisis, walk in the parallel way with the mentality which finds them responsible of all the occupation and assimilation policies. It is important to note that the left in Cyprus cannot stand together with the world against xenophobia while putting the immigrants in North into a different status and turn their back.

Besides, we can see that the left liberals mostly prefer to keep silent about immigrants.

Independence Path, without denying the presence of migrants, considers dialogue with everyone who sees their future in Cyprus as a necessity and not just politics, without considering their date and details of arrival. Independence Path believes that instead of categorising people and specifying as local versus migrant through a specific point of view, it is important to build a common struggle based on a common life and common problems.

The relationship with migrants which will be built within a common struggle towards a common life is as important as any issue on the island.”

If I may conclude… Independence Path fights against the population transfer which is still ongoing with through the policies such as entry without passport, and other policies of Turkish Government to destroy the Turkish Cypriots politics, economics and cultural heritage. While we fight, we acknowledge that the people we have been living together with for 41 years are part of our community. We are looking to straighten the mistakes made by Turkish Cypriot left till today and stop the seperation of the working class as locals versus migrants. The interest of the working class in Cyprus lies with the abolishment of capitalism and establishment of an indipendent, united Cyprus where labour rules.

*Reddediyoruz: A massive youth movement against the planned “Coordination Office” from Turkey which was supposed to be established in “trnc” to coordinate (control) the youth activities in the north of Cyprus. Young people considered this as an intervention to their lives and responded very solidly on the streets for days.

*Goc Yasasi: A law approved and passed in the “trnc” parliament in 2009. Huge protest organised against the law before it was approved. The law regulates salaries and allowances for the people employed in government organisations after 2009. It produced large wage differences between people employed before 2009 and after depriving the ones employed after the law of a lot of rights which the others still have. Turkish Cypriots called this the immigration law.