17th May Organisation Committee staged a parade on Saturday with the slogan “Let’s walk again!”

In the statement written by the committee it is stated that this parade took place in the memory of the decision of WHO (World Health Organisation) removing homosexalism from the list of mental health disorders in 17th May 1990 and to draw attention to the rights of LGBTI+ people in Cyprus. 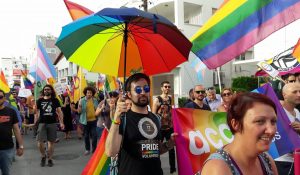 Hundreds of people met in Dereboyu, Nicosia and walked to Lefkeliler Hani in the walled city.

The parade ended in the walled city and carried on with an after party. 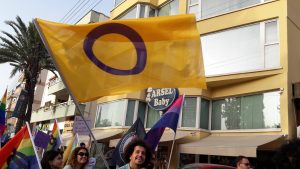 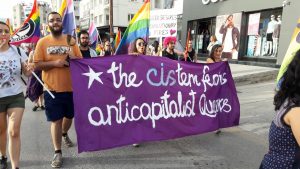 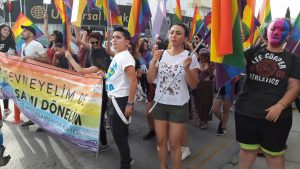 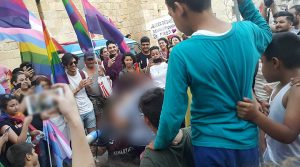 The Mariage Proposal Cheered the Crowd Up!

At the end of the parade, a mariage proposal from a same-sex couple caused a huge excitement in the crowd and everybody started to shout: “Yes, yes, yes!” The joy after the answer “yes”, was worth seeing.

In February, same-sex couples gained the right to marry in the south of Cyprus but what should be a basic right is still forbidden in the north and unfortunately is seen as a newsworthy material. 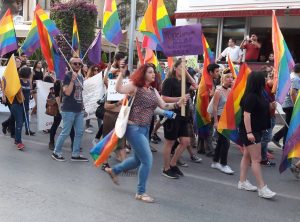 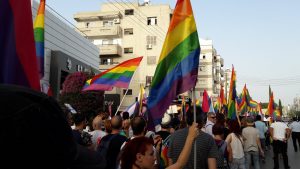 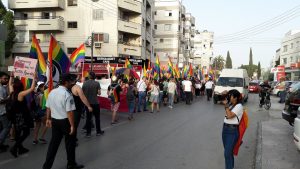 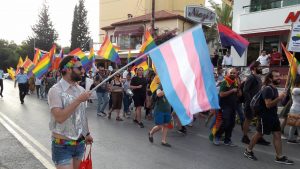 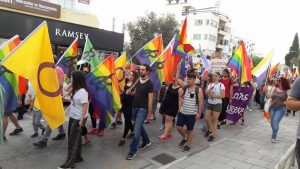 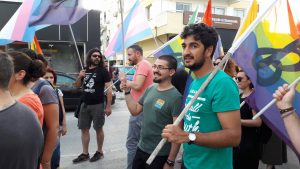